Start your search by entering a word in the Search Box above or wander through the collection utilising the browse menu options.
Filters Photographs on CD-ROM for newspapers of The Riverina Group (including The Daily Advertiser, The Southern Cross, The Area News, The Irrigator, The Rural News, and The Leader).

Misc. pages on CD-ROM from The Daily Advertiser. 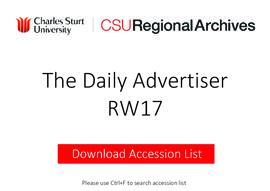 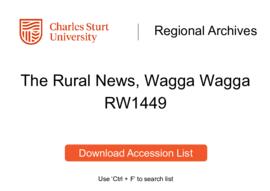