This website uses cookies to enhance your ability to browse and load content. More Info.
Start your search by entering a word in the Search Box above or wander through the collection utilising the browse menu options.
Filters

Against the Odds - a story dedicated to the memory of Ian Taylor 1939-2017, by Michael Taylor, with foreword by Bob Smith [donated by Ian Mashman]

John McEwen House and the company that built it

The Crowther Creek Run: John Print Esq, Crowther, Marengo, Squatter and Administrator, County of Monteagle, and Foundations for more Than a Century of Farming, The Reid Family on Crowther

The Graham Centre for Agricultural Innovation

The Graham Centre for Agricultural Innovation

Research notes and manuscripts for various publications by Paul Davey, including 'The Nationals - the Progressive, Country and National Party in NSW 1919 to 2006' (2006), 'Politics in the Blood - The Anthonys of Richmond' (2008), 'Ninety Not Out - The Nationals 1920-2010' (2010), ' The Country Party Prime Ministers - Their Trials and Tribulations' (2011), 'Joh For PM - The inside story of an extraordinary political drama' (2015). Also, papers relating to entries written for the Biographical History of the Australian Senate on National Party Senators Bernie Kilgariff (NT), Stan Collard (QLD), Grant Tambling (NT), and David Brownhill (NSW).

"Milestone: a centenary of achievement" (National Party of Australia, 1920-2020) by Paul Davey [publication]

Yerong Creek News - Early Edition: the evolution of a community

Consider the Crows: Centenary of the Catholic Diocese of Wagga Wagga 1917 - 2017

"Dazed But Not So Confused - one student's view of life at Riverina College in the 70s" - a memoir by Robin Julian. "Dazed But Not So Confused - one student's view of life at Riverina College in the 70s" - a memoir by Robin Julian.

Mouthpiece: A Series of Playreadings: Programmes "A Bug's Life: The effect of liming on the behaviour of the nitrification inhibitor 3,4-dimethylpyrazole phosphate" [presentation by Brooke Kaveney] 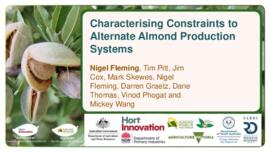 "Steve's Legacy: a selection of the many buildings designed/supervised by Steve O'Halloran ARIA, architect of Wagga Wagga" [publication by Colleen Shaw] Part of The Area News, Griffith

CSU Division of People and Culture

"Robust and Resilient: a centenary of achievement" (National Party of Australia - NSW, 1919-2019) by Paul Davey [publication]