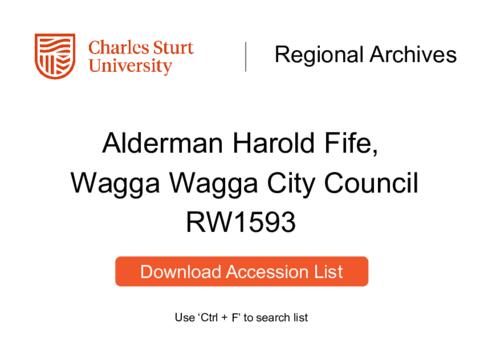 Following a petition signed by 104 landholders in the town of Wagga Wagga, a Municipality was proclaimed on 15 March 1870 by the NSW Governor under the Municipalities Act, 1867, to be called the Borough of Wagga Wagga.

The Borough was divided into three Wards, with each Ward to be represented by three Aldermen on the newly formed Council:
North Ward (on the northern side of the Murrumbidgee River);
South Ward (on the southern side of the Murrumbidgee River, with Forsyth Street as its southern border); and
East Ward (with Forsyth Street as its northern border and Docker Street as its western border).
(A Central Ward was created on [17 January 1890?], which was bounded by Gurwood, Docker, Forsyth and Tarcutta Streets).

The first election was held on 16 June 1870, with nine men of Wagga Wagga elected to serve on the first Municipal Council. George Forsyth was elected as Mayor.