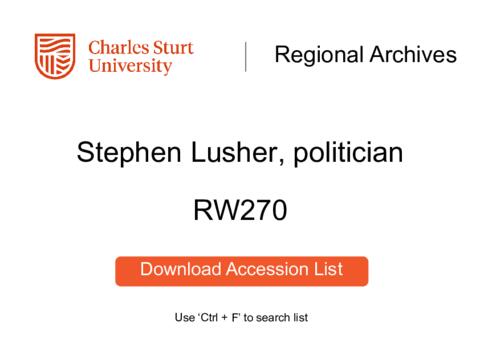 Stephen Lusher was a member of the Country Party and was elected to the House of Representatives in 1974 in the seat of Hume, serving as the Shadow Minister for Transport in 1983 and 1984. He was defeated at the December 1984 election by Wal Fife (the Liberal member for Farrer) following a redistribution of electoral boundaries.

Records are OPEN to public access, except records relating to sitting Members of Parliament and serving Party office-holders.