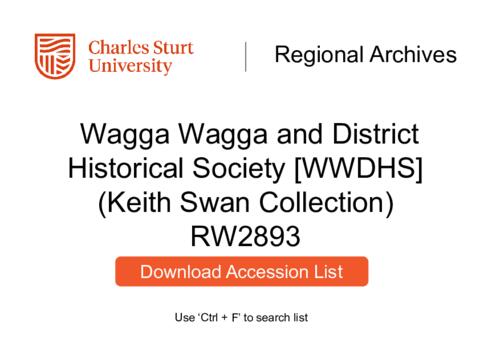 The inaugural general meeting of the current incarnation of the Wagga Wagga and District Historical Society took place at the Wagga Wagga Teachers' College on 17 September 1962.

This collection is an accumulation of items collected by Keith Swan, a lecturer in history at the Wagga Wagga Teachers' College and the Riverina College of Advanced Education. The collection was then donated by his spouse to the Wagga Wagga and District Historical Society.