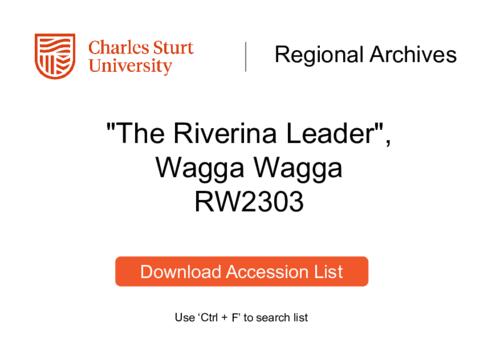 The Leader is Wagga's free weekly community newspaper. Published every Wednesday, it is distributed to residences in the city of Wagga Wagga. The paper, which was launched in May 1979, continues to be the main source of community news for Wagga's residents and is widely support by local business communities. In May 2004, it celebrated its 25th anniversary. The award-winning newspaper is one of the largest free weekly community newspapers in southern NSW. It is a member of the Country Press Association and has had considerable success in Country Press awards over the years, winning awards for photography, feature writing, headline writing and advertising.