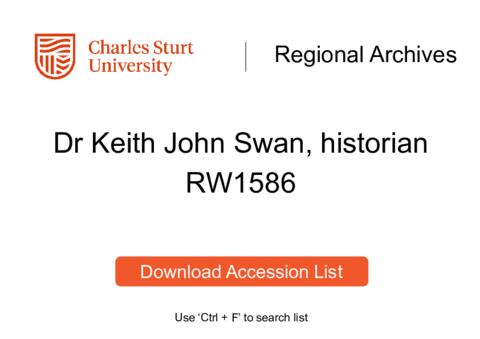 Papers concerning the establishment of the Riverina Archives.