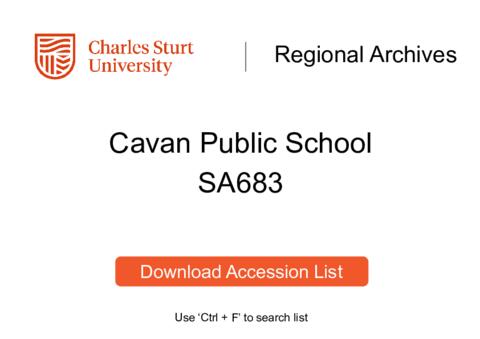 Cavan Public School in the County of Wentworth opened in April 1969. (1)

The basic elementary schools in the New South Wales education system, were known as Public Schools from 1867. Originally the attendance of thirty children was required for the establishment of a school, but this was reduced to twenty-five in 1867 and twenty in 1880; in 1957, when Provisional Schools were converted to Public Schools, the minimum figure was reduced to nine. (2)
Cavan Public School closed in December 1979. (3)