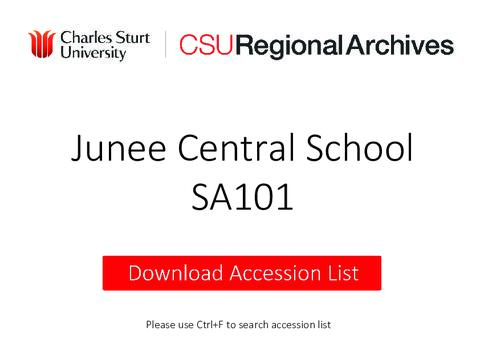 Junee South Public School, in the County of Clarendon, was opened in March 1880. (1) Public Schools were basic elementary schools in the New South Wales education system. By 1880 20 students were required for the establishment of a School of this classification. (2)

Until 1881 the School was known as Junee South, when it was re-named Junee Junction. It continued to be known as this until October 1893 when it was again renamed as Junee (2) Public School . (3)

The school was converted to a Superior Public School in April 1900. (4) Superior Public Schools were public schools that provided post-primary education to their students who had completed the primary course. (5) In 1927 the School became a District School. (6) District Schools were established in rural areas. They contained both primary and secondary departments offering academic courses similar to those taught in Intermediate High Schools and High Schools. (7)

In January 1961 the School was converted to a Public School when a separate Junee High School was created. (10)

Register of admissions, progress and withdrawals.