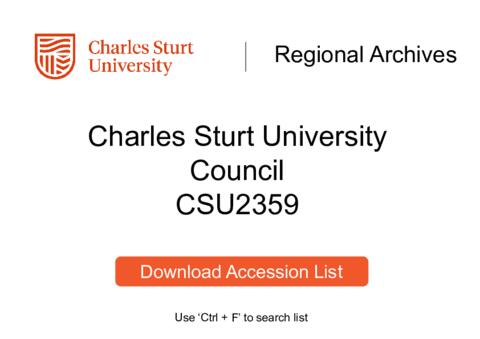 The first meeting of Council was convened on 20 August 1999, after its predecessor, the Board of Governors was disbanded in June 1999 in compliance with the Charles Sturt University Amendment Act of 1998. (2)

The membership of the Council is nineteen, and as stipulated by the abovementioned Act it comprises:

The functions of the Charles Sturt University Council as outlined by the Act are:

The Council kept intact the same committee structure that its predecessor, the Board of Governors, had in place. That is:

These papers are arranged in chronological order.

Records less than 30 years old are RESTRICTED (Access Direction No. 576).