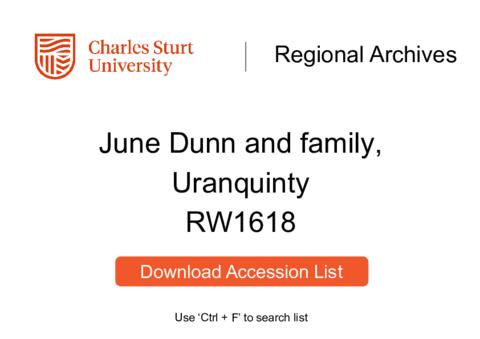 Dorothea June Graham was born in 1924 to John and Elizabeth Graham of Wagga Wagga. John was the Honorary Secretary and an organiser of the 1931 Riverina Movement. In 1944, June married Private William Robert "Bill" Dunn, the son of Robert James and Florence M Dunn of Wagga Wagga. June and Bill lived at Uranquinty for many years. In 1977, June became a Member of the Order of the British Empire (Civil Divison) for services to the performing arts and community. June Dunn died on 15 May 2009.