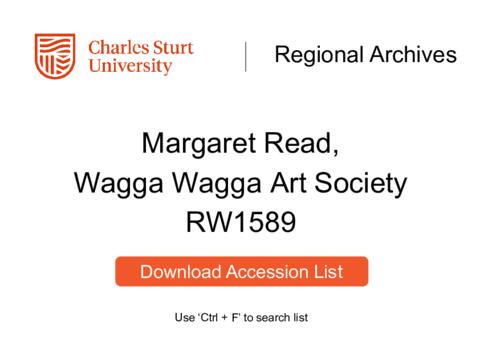 Margaret Read was born in the Victorian district of Colac, the daughter of George Read and Alice Jane Thomas (married in 1901). She had one sister, Trixie, and three brothers, Bill, Stuart, and Don. The family moved to Wagga Wagga in 1924, purchasing 'Braehour' at Forest Hill. Alice Jane died in 1934 and a few years later, George moved into a house in Kincaid Street with Margaret and Trixie. Margaret and Trixie were extremely involved in the Girl Guide movement and the Art Society in Wagga Wagga throughout much of their lives.